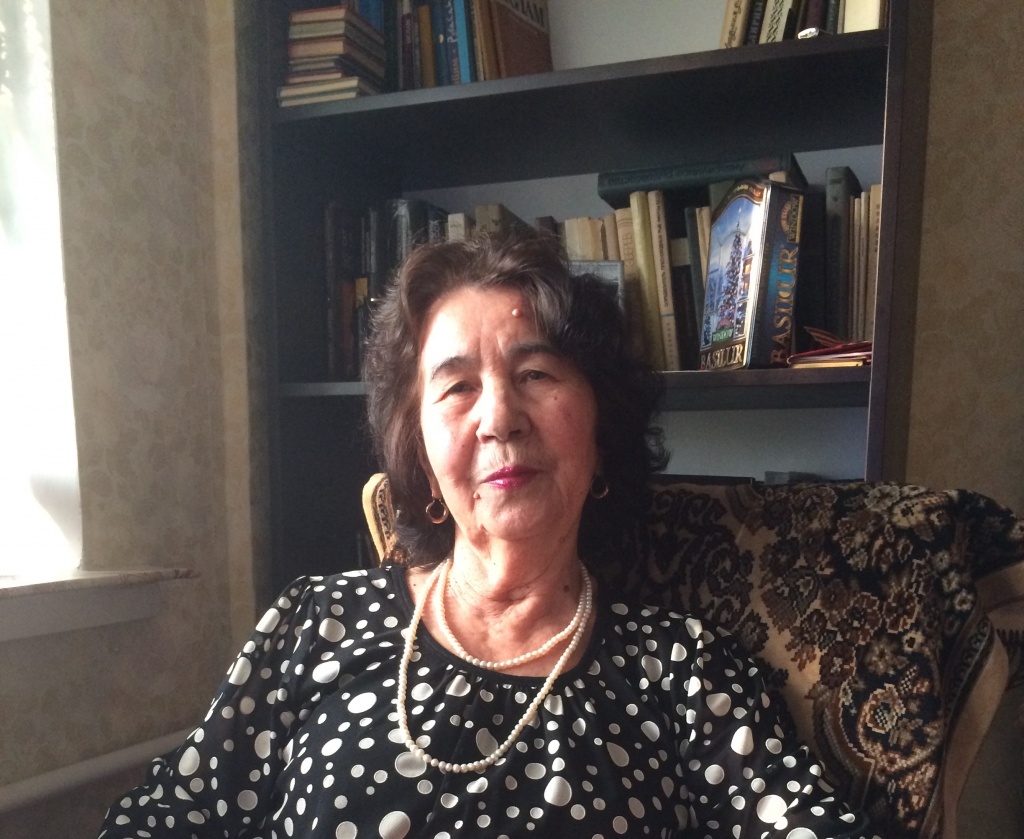 From May 1943 to September 1944 Saida Shakhmuratova together with her mother, Fatima Fazylzhanova, worked at fields of VASKhNIL branch (Lenin All-Union Academy of Agricultural Sciences) (her mother raised four children alone, father passed away in 1940). She and her younger brother helped their mother as best they could. Many crops were grown at experimental fields; they pulled, watered and in autumn harvested them. They used to live in a hut all day, because they had to look after the plantings. It was very hard time, they were overtired, but despite their young age, they understood that they had to endure, the war went on.

In 1956, she graduated from school. After graduation she was admitted to Teaching Institute to study physical and mathematical sciences. In June 1961, she completed her studies. For two years she worked in the North Kazakhstan, after that she returned to Almaty because her mother remained alone and needed attendance.

23 April 1963 – Ministry of Power and Electrification of Kazakh SSR. She was assigned to the position of an engineer in Labour and Wages Department. On 1 April 1970 she was promoted to senior engineer of the same department. On 16 December 1971 she was promoted to senior engineer of production planning in Interregional Dispatching Office. On 1 January 1972 she was promoted to senior engineer for economics in Interregional Dispatching Office. (On 1 July 1973 according to decree of the Presidium of the Supreme Soviet of the USSR dated 22 June 1973, Kazakhstan Interregional Dispatching Office was transferred to the balance of the Central Dispatch Administration (CDA) of the Unified Power System of USSR of the Ministry of Energy of USSR). On 1 August 1988 due to reclassification she became the second labour category economist. On 1 February 1989 she was conferred qualification of first labour category economist. On 15 December 1997 she was retired.