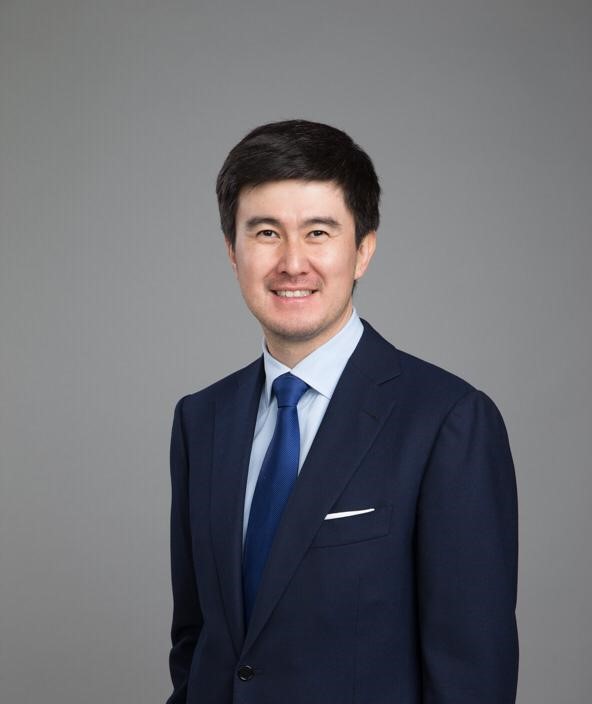 First elected to the Board of Directors of KEGOC on 18 July 2022 by the Extraordinary General Meeting of Shareholders of KEGOC (Minutes No.28)
Not an affiliate
Born 15 January 1984 in the city of Pavlodar
A citizen of the Republic of Kazakhstan, married.


Damir has 15 years of experience, in different years he held administrative and managerial positions (manager, chief manager, director of department, managing director, advisor) in such organizations as Kazyna JSC, Samruk-Kazyna JSC, Damu JSC, Kazakhstan Engineering JSC, Atameken SPE, Republican Union of Secondary Metallurgy Industrialists, Kazakh University of Humanities and Law etc.
Damir has an experience of being a board of director member, an independent director for 10 years, and chairman of the Audit, Strategy, Risk and Personnel Committee at KazAgroGarant JSC, KazAgroMarketing JSC, KOREM JSC, Zenith Urals Plant JSC and others.
He is currently an independent director at Ekibaztuz GRES-2 JSC, Kazakhstan Housing Company JSC and others.
From 2015 to 2021, he chaired a business association and worked in the private sector and is also a member of the coordinating council of the Union of Mechanical Engineers of Kazakhstan.
Since 2021, he has been the President of the National Centre for Expertise and Certification JSC.
In 2021, Damir Suyentayev became the first Chartered Director from Kazakhstan. This is the highest professional degree assigned by the UK Institute of Directors.
The Institute of Directors, UK (founded in 1903) is the only organisation in the world authorised by the Royal Charter to certify directors based on leadership experience, business results, excellence and impeccable business reputation.
The Chartered Director is the 3rd final (after certificate and diploma) stage of the qualification, an indicator of the director's highest level of professionalism.
Member of the Youth Policy Council under the President of Kazakhstan in 2012 – 2013.
Entered the Presidential Youth Talent Pool in 2020, ranking 4th out of 300 participants in the ranking.
Damir is a member of the Independent Directors Association of Kazakhstan and Russia, the Institute of Internal Auditors of Kazakhstan, and is on the register of the Professional Association of Corporate Governance of Ukraine.